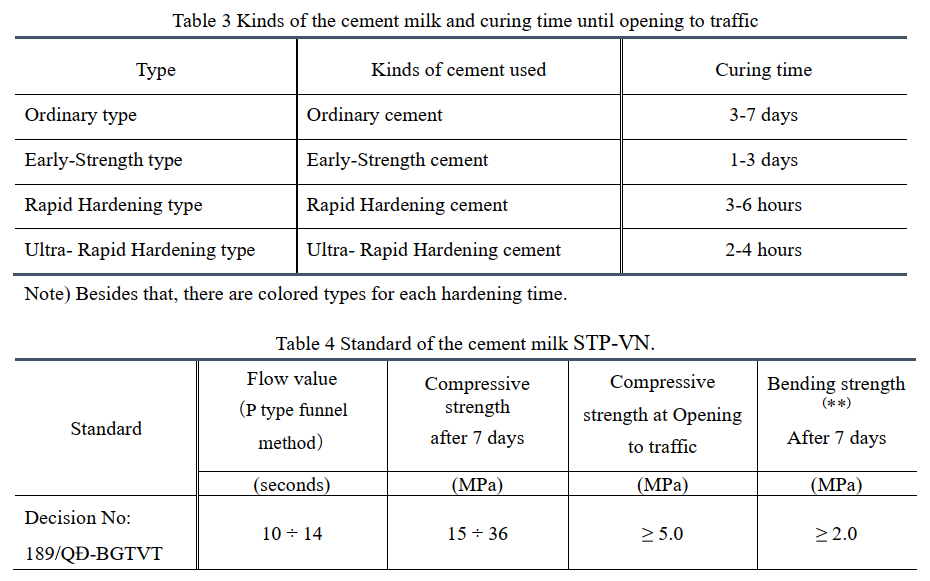 Note: **) The dimension of the specimen for bending test shall be 4ccm x 4cm x 16cm, span length of 12cm. Regarding the test conditions, curing temperature is 20±3 degree C. 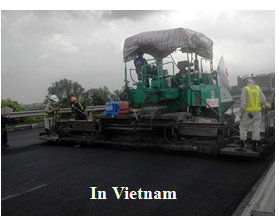 ABOUT PRODUCTION OF CEMENT MILK WITH “STP-VN”.

STP-VN is delivered in the package of 26.5kg or 28.5kg in the case of Vietnam. One bag of STP-VN is used for one bag of cement which is 50kg. And, water is 40% of the total weight of cement and STP-VN.

(2) Materials needed for the cement milk are STP-VN, cement, and water. The amount of each material for 1 batch depends upon the capacity of the grout mixer.

(4) The materials shall be put into a mixer in the order of water, cement, and STP-VN.

(5) The standard mixing time shall be 3 minutes after adding STP-VN so that the powder modifiers can be dispersed and the cement milk can be uniform. 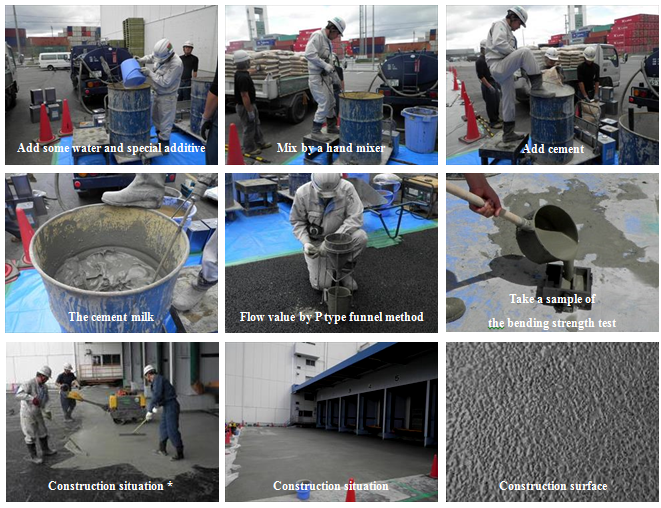 ABOUT QUALITY TEST OF CEMENT MILK WITH “STP-VN”.

ABOUT INJECTION OF CEMENT MILK WITH “STP-VN”.

In general, the cement milk is injected by naturally flowing down, the special machines are not employed.
However, a vibration roller shall be available to fill the air void of the matrix, the open grade asphalt mixture,
by cement milk. It is very important that we need to pay attention to the viscosity control of cement milk,
flow value by P type funnel method. 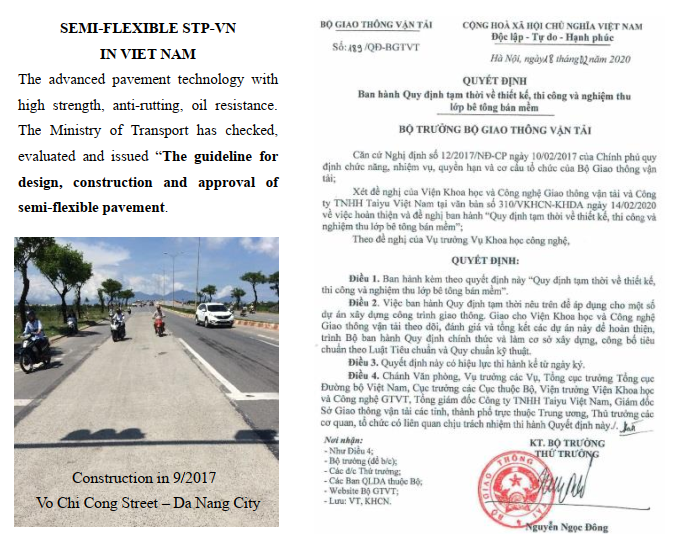